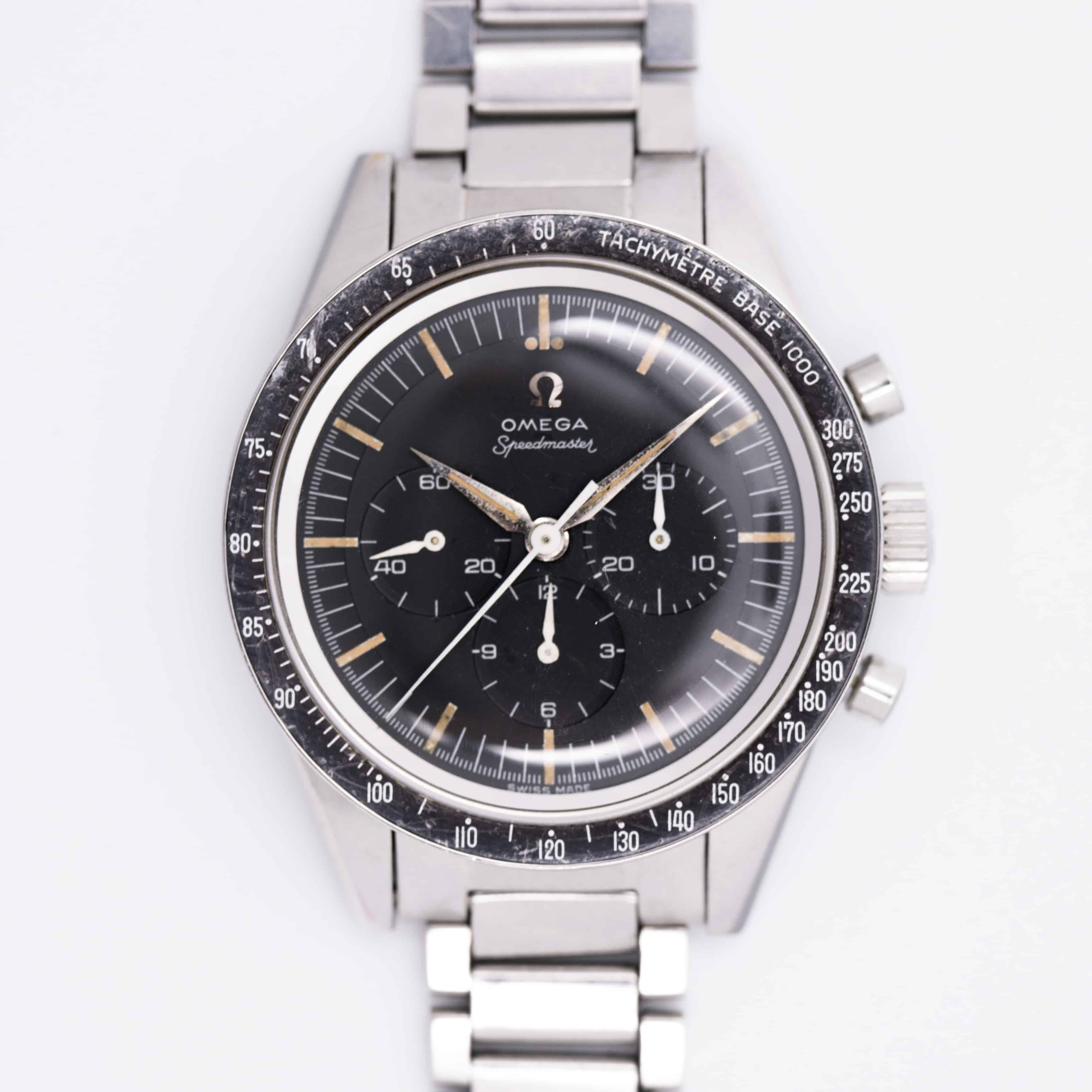 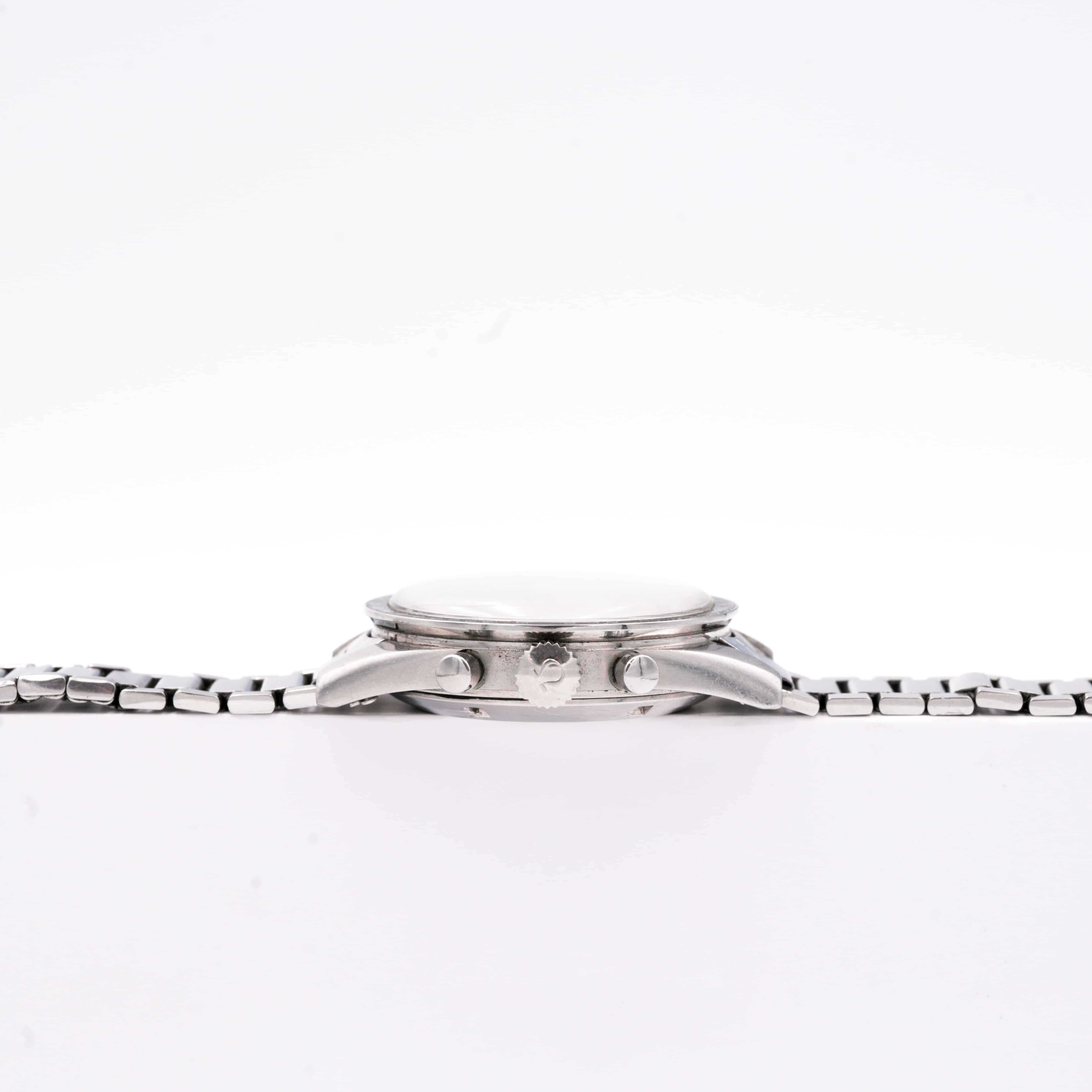 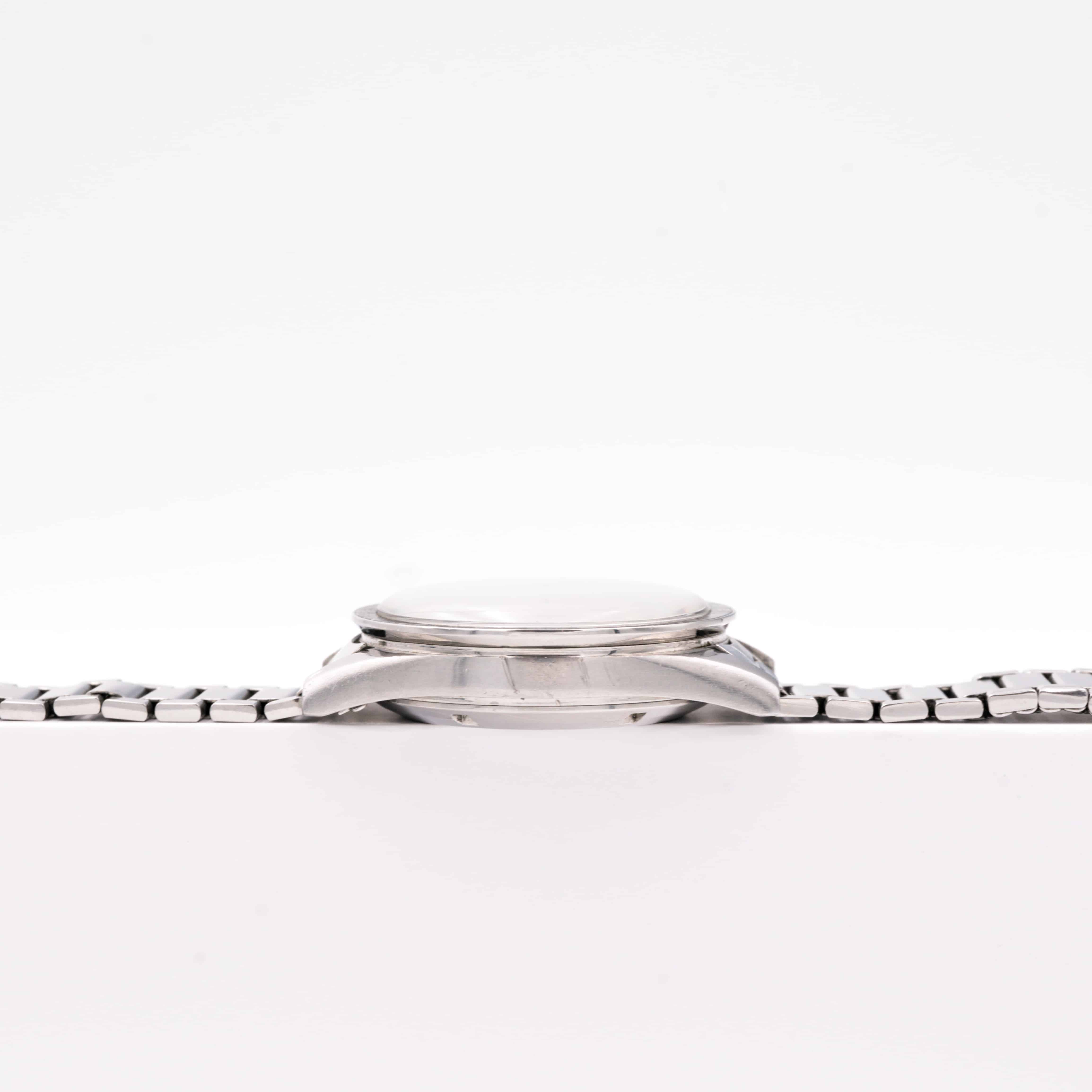 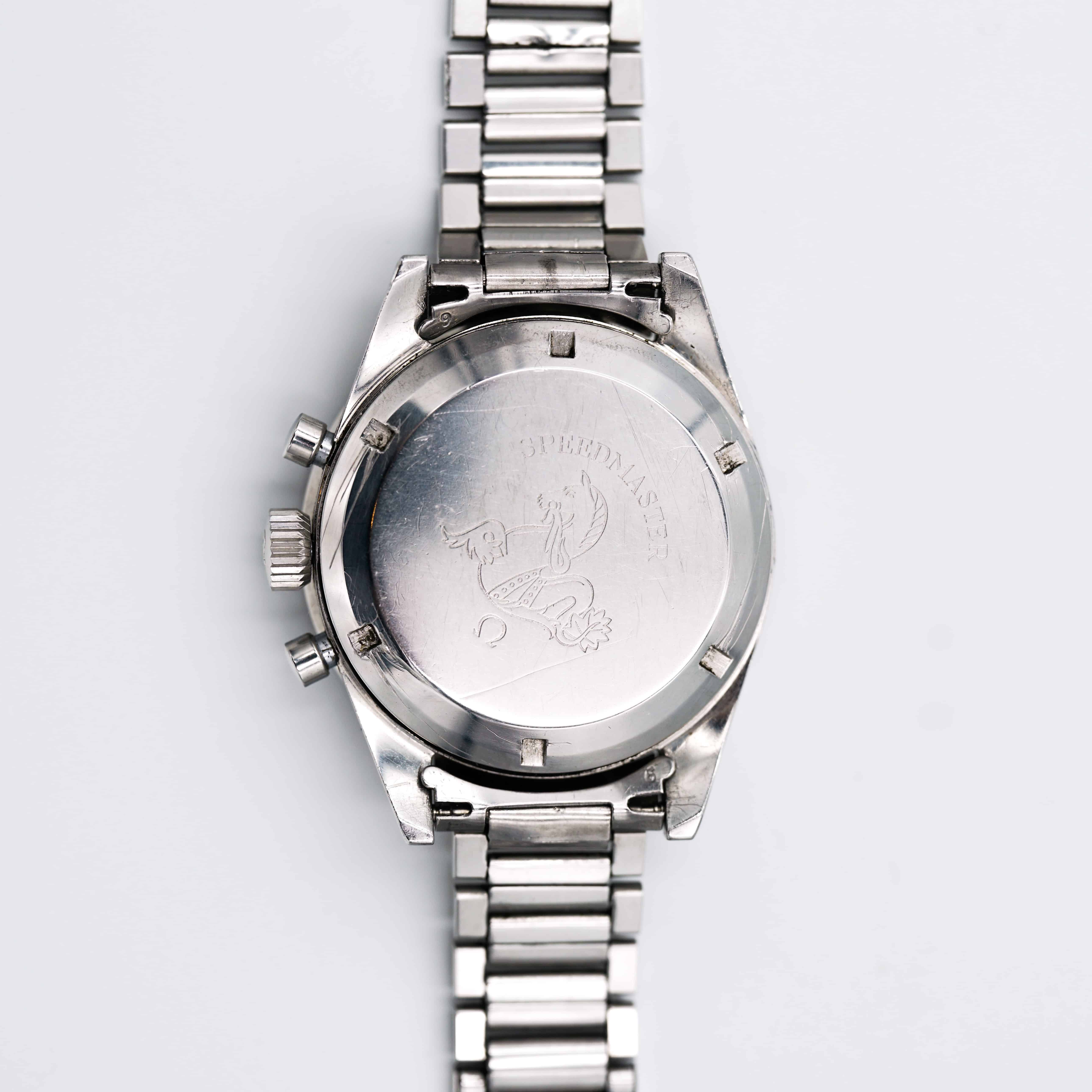 The original Omega Speedmaster was the first watch to move the tachymeter scale from the dial to the bezel, marking a historic change as countless watch brands followed suit in the years to come. Omega may have been proud of its game changing design in 1957, but they never would have expected that this very same watch would be worn on the moon, becoming a poster child for space enthusiasts everywhere. Using the famed Lemania caliber 321, Omega’s ref. 2915 was only produced for two years as it was succeeded by the the ref. 2998, which was produced from 1959 to 1967.

This particular example of the ref. 2998 is of the second series, the last to retain the extremely rare ‘Base 1000’ bezel. Additionally, the ref. 2998-2 retained alpha hands across the entirety of the watch, not just on the hour and minute hands like the 2998-4 and beyond would. When compared to all other Speedmasters, we believe the ref. 2998 to be the most important as it represents the ultimate archetype of the Speedmaster and was the very reference that propelled and cemented itself as a cornerstone in the history of space exploration.

Our available ref. 2998-2 is in beautiful and original condition. The dial has aged wonderfully, slightly off the original black hue. The stepped dial shows great depth in sunlight that features the applied Omega logo. The lume plots appear to be original and have aged nicely to match the slightly yellow hands, both faintly glowing under UV light. The watch retains its original alpha hands both in the hour and minute reading as well as the three white alpha sub-dial hands, providing a nice balance across the dial. Above the dial, the watch maintains its original crystal with the Omega symbol etched just above the center pinion.

The original and elusive ‘Base 1000’ bezel remains with a beautifully even grey hue as it shows minor signs of wear. The watch also retains its original stainless steel 7912 flat-link bracelet Finally, the case appears in fantastic condition still showing the original bevels. Turning the case over reveals the deep Hippocampus with a few minor scratches on the casebook. According to the Omega’s extract that will accompany the watch, this particular ref. 2998-2 was produced in 1960 and was originally delivered to Japan. All of these components together make this ref. 2998-2 an extremely desirable and original example.

The Omega Speedmaster is forever etched into history as the only 'moon watch,' and deservedly so. 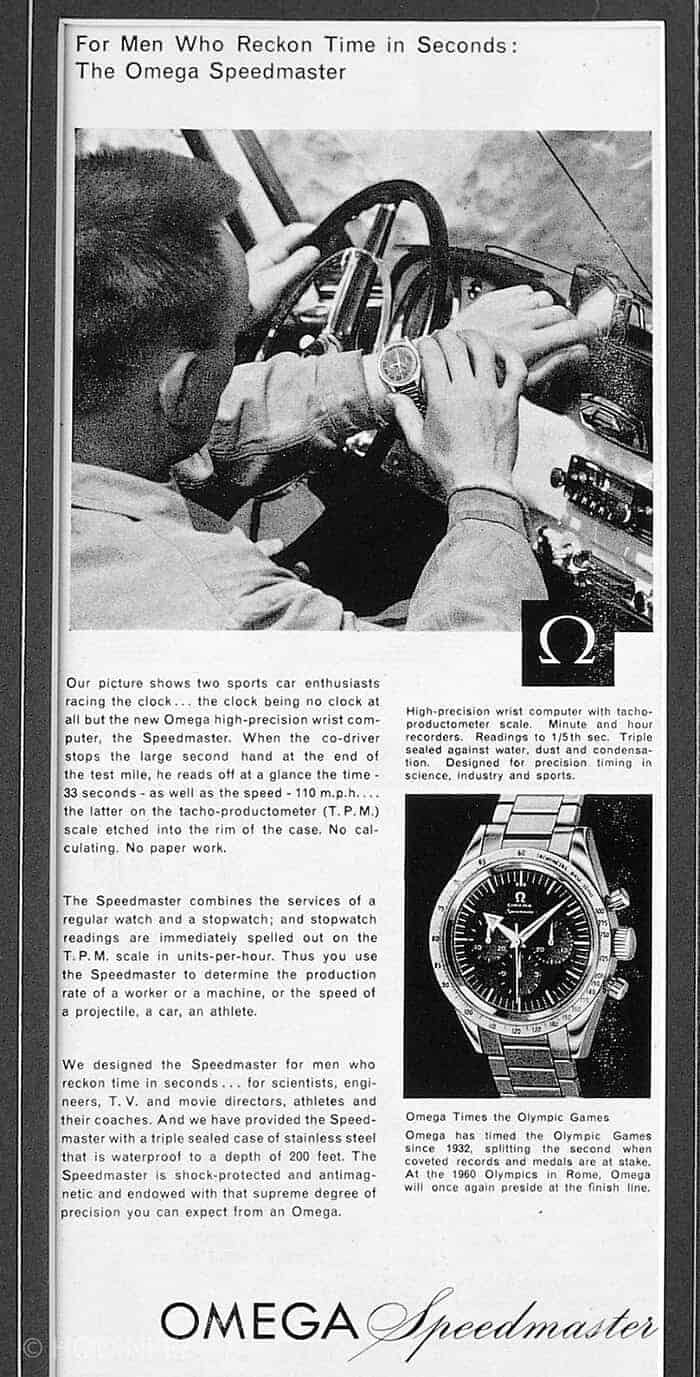 For most people, there are two different qualifications of Omega Speedmasters: ‘moon watches’ and ‘non moon watches.’ Moon watches are signified by a manually wound movement from Lemania, three registers, and the lack of a date window. These ‘moon watches’ were produced from 1959 to 1988, and were just reintroduced late last year as Omega announced the decision to produce the famed caliber 321 again. And despite the great connection to NASA and astronauts, many must remember that Omega Speedmasters were not produced with this intention from the get-go. Additionally, people must understand that chronographs in the late 1950s were not for the casual wearer, meaning they were not produced en masse like their simple time only counterparts. This adds an additional element to the collectability of the chronographs produced by the major manufacturers prior to the early 1970s.

Omega Speedmasters were not designed directly for use in space, but they were designed for “men who reckon time in seconds… for scientist, engineers, T.V. and movie directors, athletes and their coaches.” Omega made the conscious choice to move the tachymeter scale from the dial, as it existed before on all other chronographs, to a new concept: the affixed bezel. The new placement of the bezel called for a new name from Omega, a part of standard marketing practices. All of these marketing dollars ended on the hilariously titled Tacho-Productometer. This Tacho-Productometer allowed for higher legibility so that people could use “the Speedmaster to determine the production rate of a worker or a machine, or the speed of a projectile, a car, an athlete” and so much more. It is only fitting that a chronograph would eventually be used by NASA astronauts. Later we will discuss how NASA decided that only Speedmasters were worthy to grace the wrists of their beloved astronauts.

It wasn’t just the new Tacho-Productometer (okay, I promise I’ll stop using the term..) that made the Speedmaster special. It was the .. tachymeter on the bezel combined with the anti-magnetic, shock-proof, triple sealed case that was resistant up to 200 feet t

hat made the Omega Speedmaster the toughest sports chronograph of the period.

At first glance, the most noticeable differences are the broad arrow hands and steel tachymeter bezel that reside on the reference 2915. Beyond this, there are quite a few small differences that are impossible to forget once you’re aware of them. On the dial of a reference 2915, you’ll notice an oval shaped ‘O’ in ‘Omega’ and a long tail for the ‘R’ in ‘Speedmaster.’ Flip the watch on a reference 2915-1 or 2915-2 and you may not even see an Omega Hippocampus. If this is the case, it’s imperative that you see Speedmaster inscribed on the edge of the caseback. 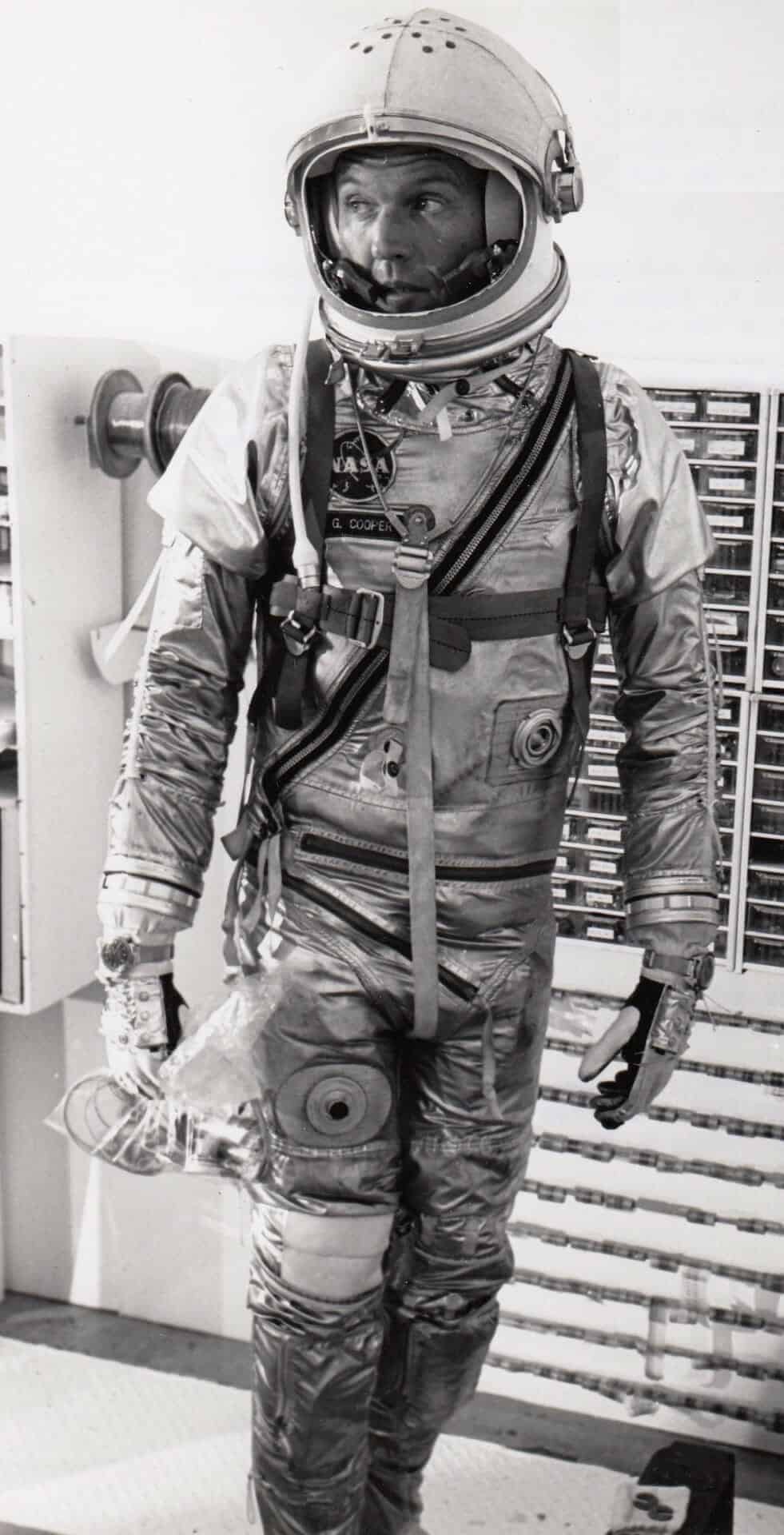 In 1959 as the reference was coming to an end, Omega produced one final reference using the kitchen sink of remaining reference 2915 parts. Because of this, the reference 2915-3 is incredible inconsistent and is known as the epitome of a transitional watch. Some reference 2915-3s bear steel bezels while others have aluminum black bezels, some have broad arrow hands or alpha hands, and combinations of the two were produced by Omega as they have acknowledged. This makes the reference 2915-3 particularly difficult to authenticate and it’s likely best that you let Omega handle over an ‘expert’ you may know.

As Omega was selling the last of their reference 2915-3s in 1959, they introduced the reference 2998. As I said before, most consider this watch to be the archetype of the Omega Speedmaster as it made key changes to the watch that still define it today. The two biggest being the transition from broad arrow hands to skinnier hands (whether alpha or straight) and the introduction of a black aluminum bezel. Both elements were designed to improve the legibility of the watch and delivered on their promise.

The reference 2998 saw eight iterations over its short, 4 year production period. The first, reference 2998-1, is often difficult to differentiate from a reference 2915-3, as we pointed out. But the main differences here is that the 2998-1 will always have a black aluminum bezel with “base 1000” script and two alpha hour and minute hands. You will occasionally find a reference 2998-1 that retains the oval ‘O’ in ‘Omega’ on the dial.

Moving ahead, the reference 2998-2, like the one we have available for sale here, retains alpha hands for the hour, minute, and sub-register hands and is the last Speedmaster to have the valuable and rare ‘BASE 1000.’ The reference 2998-2 is where we see the end of the oval ‘O’ in ‘Omega.’

Towards the end of the 1960s, Omega introduced the reference 145.012 which brought larger and taller pushers. The watch was worn by more Astronauts than any other Speedmaster, making it a favorite amongst die-hard space fans. Despite this great heritage, it remains fairly affordable as it was produced in the largest numbers.

The 321 era was finally finished as Omega introduced the reference 145.022. Produced from 1969 to 1988, this watch represents the longest running production of any Speedmaster and was paired with the less expensive Caliber 861. In an aim to lower costs, Omega did away with the classic column wheel chronograph and replaced it with a cam-controlled chronograph.

As the 321 era closed, so did the period of Mercury and Apollo astronauts. With no more trips to the moon, NASA focused on the Shuttle as astronauts conducted research in low-earth orbit. A frustration to some astronauts, the Shuttle allowed astronauts to build the International Space Station which still orbits the Earth each day. Omega Speedmaster’s today are known in many variations and colors, though everyone recognizes and attributes their meteoric rise with their NASA and spaceflight affiliations. These early Speedmasters capture this incredible period of history and allow collectors to dream of aspirations to orbit the Earth or Moon, and ultimately, to pay respects to those who risked their lives to push the boundaries of technology to forge ahead for all mankind. For a chance to own one of the best examples of, in our opinion, the true archetype of all Speedmasters, the reference 2998-2, scroll up and contact us!